I just wanted to remind you of the high wind that passed through the area two weeks ago today making golf virtually unplayable and the golf course one ultra dangerous place to be. 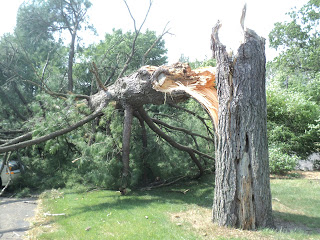 Three cars were buried beneath this sixty foot white pine that snapped off a good ten feet above ground. 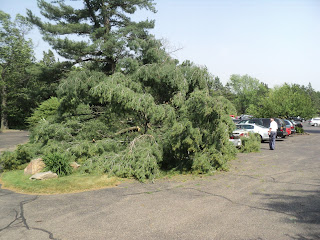 Believe it or not, but this car was buried under all that brush.  You could not see it until the limbs were removed.  One limb punctured the hood and did not stop until it reached the asphalt below. 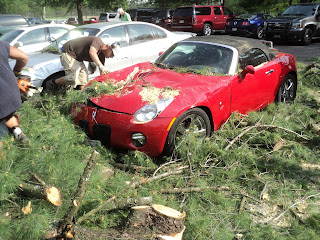 I would like to publicly thank members of my crew that returned to work after their day was through to clean up the mess on short notice.  Thanks to Steve Crubel, Pete Mason, Ron Klein, Matt Faundorf for assisting me in clearing debris so that the Grand Rapids Police could take pictures of the damage.  Guys, somebody owes you a beer!  I'm tapped out.  _Mk