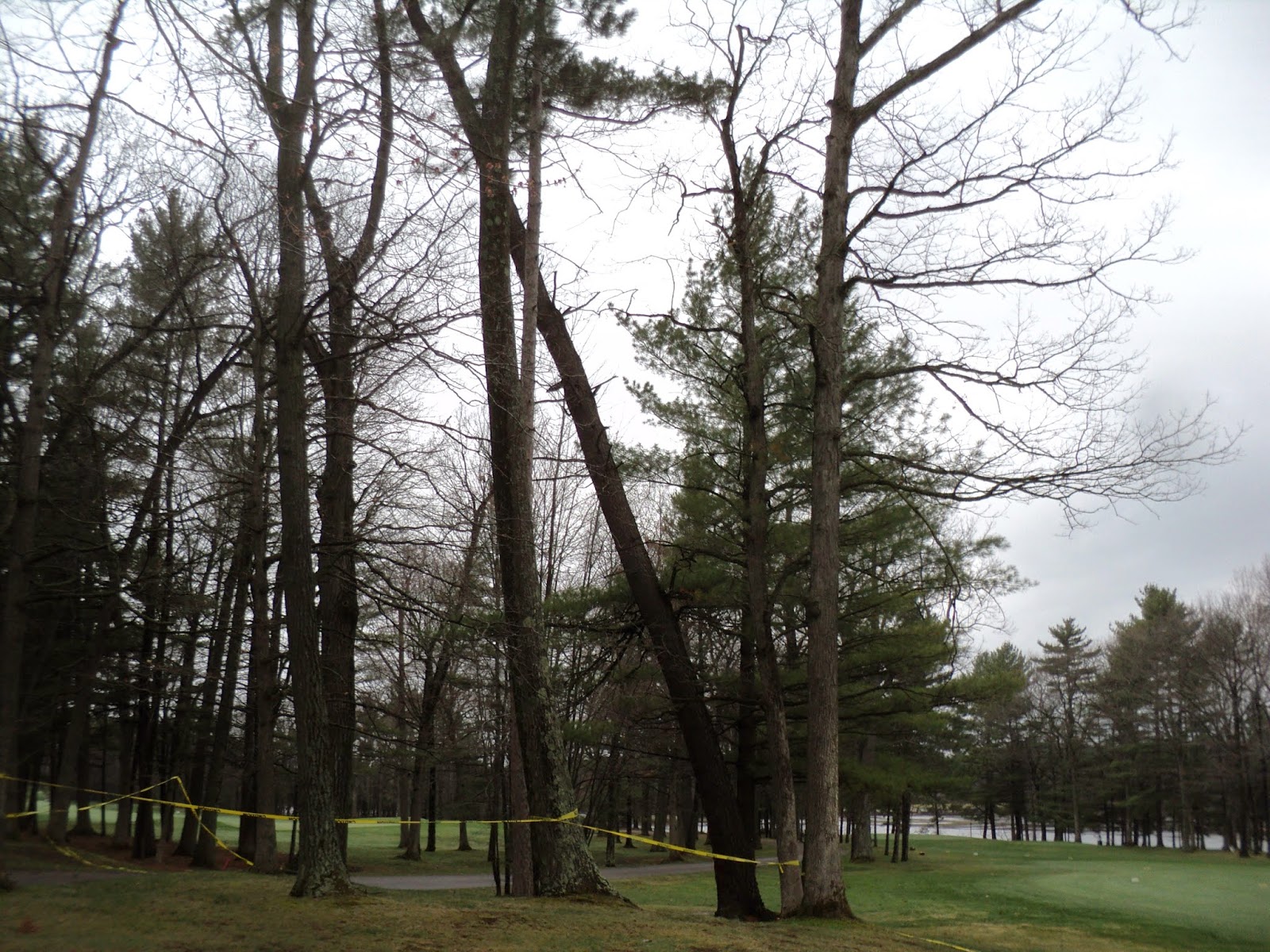 A large Eastern White Pine near the service drive along #18 severely tilted to the point that it had to come down.  This tree initially split after the severe windstorm of June 2001 and the injury overtime became rotted.  Loud cracking noises emanating from the base of the tree during several days of high wind alerted us to pause and take note how serious the condition became.  The tree became more severely pitched to one side, an Oak tree was actually acting as a crutch supporting the pine.  As a precaution we roped the area off betting that the tree would be on the ground before long with help from the near 40 Mph winds. 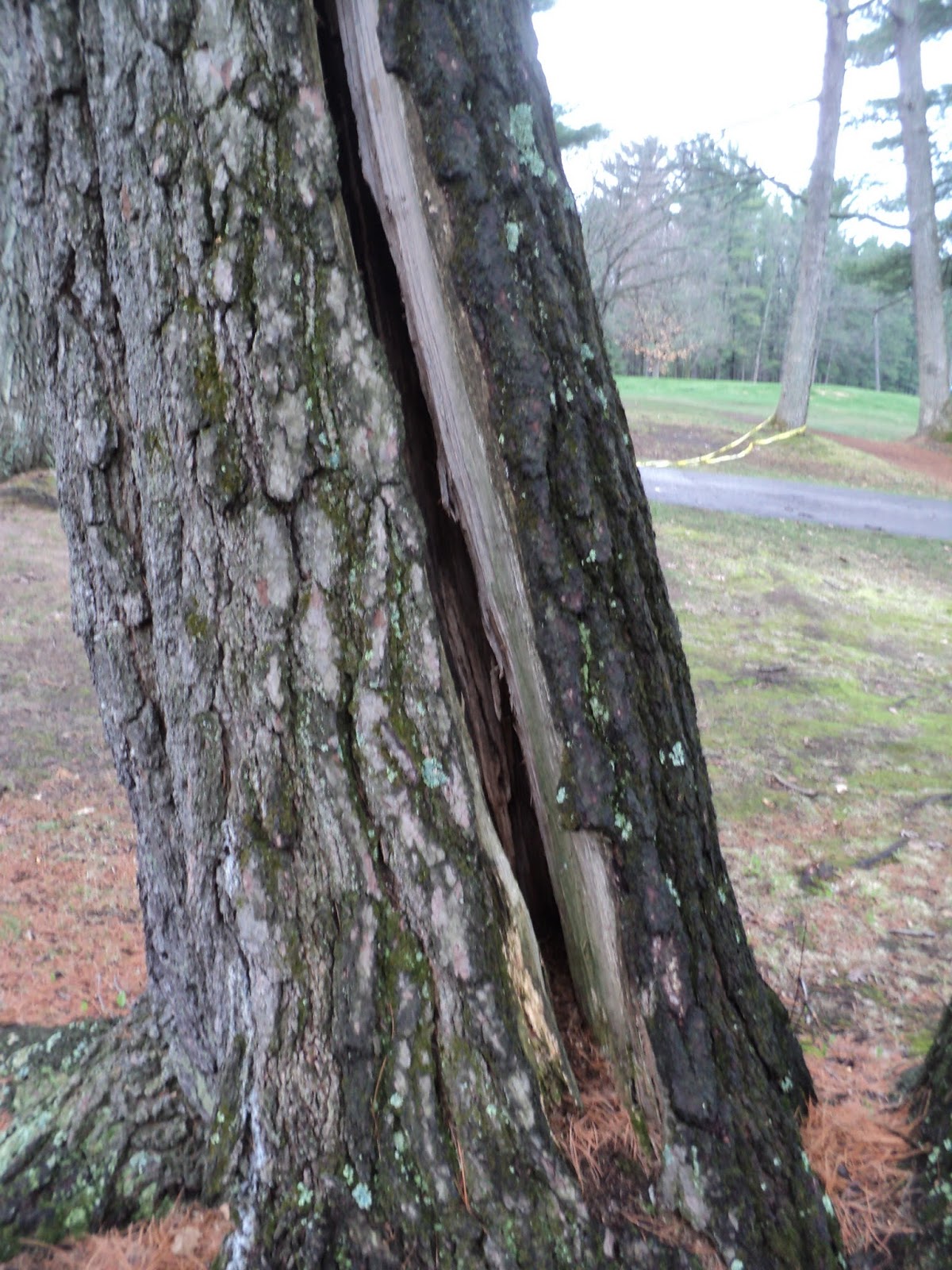 Because the tree was split and severely tilted we knew from experience that we would find extreme pressure points at the base of the tree at all points of were we would typically make our saw cuts.  The tree had the potential to pinch the saw blade when trying to cut the wedge or to "barber chair/shatter" when making the back cut.  Very dangerous situation for the chainsaw operator.  To be safe we called upon the advice of our "In House Expert" foresters, Tim Johnson and his father Dave for a second opinion.  They agreed with us that this job was too dangerous and should be left to the experts. 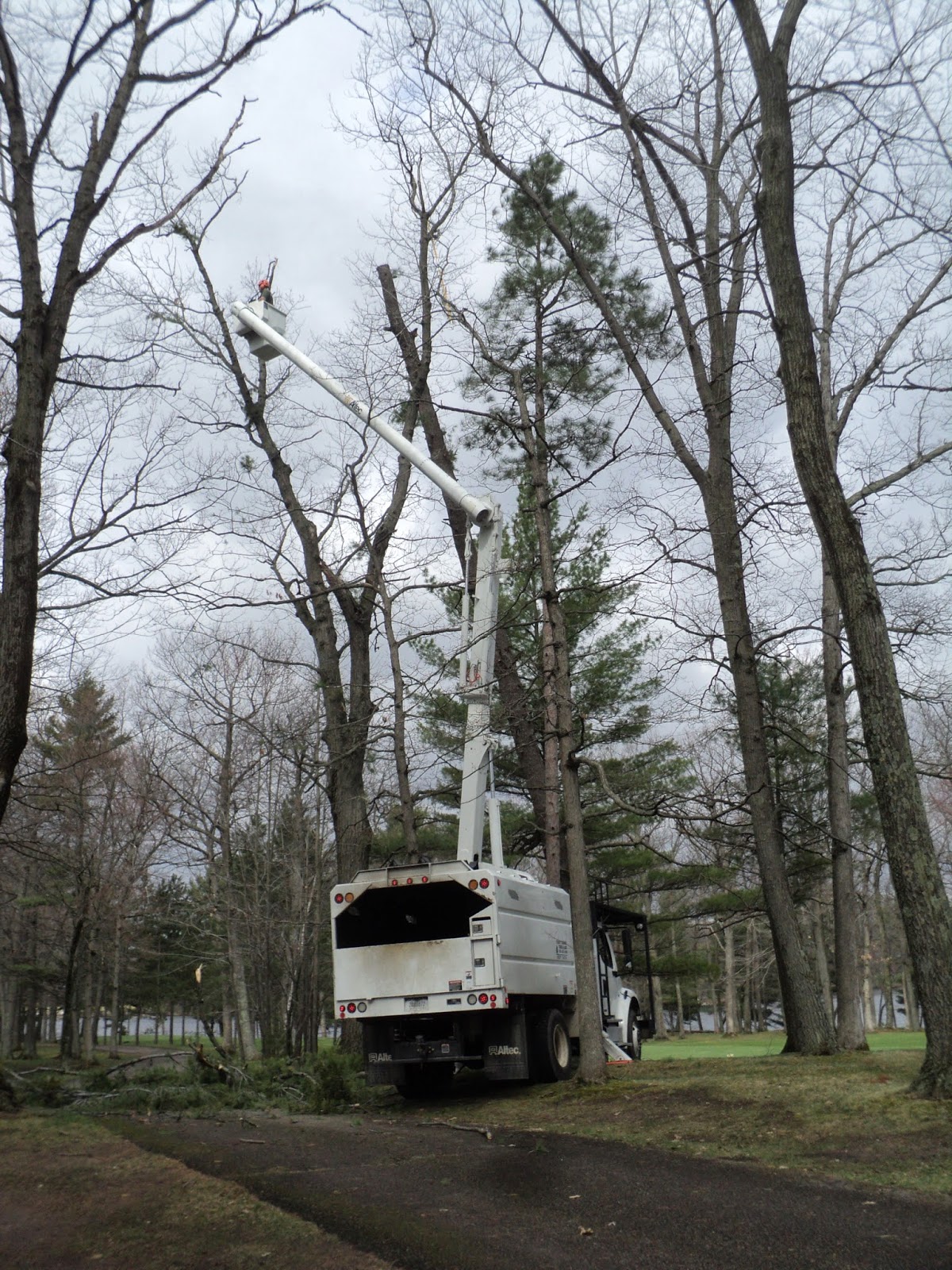 First Choice Tree Service of Auburndale was hired on a time and material basis to get the tree safely on the ground with minimum damage to the surrounding trees.  They brought in a bucket truck to help them drop the tree piece by piece making the job safer for all.  Clean up of the litter was completed in house.  _Mk