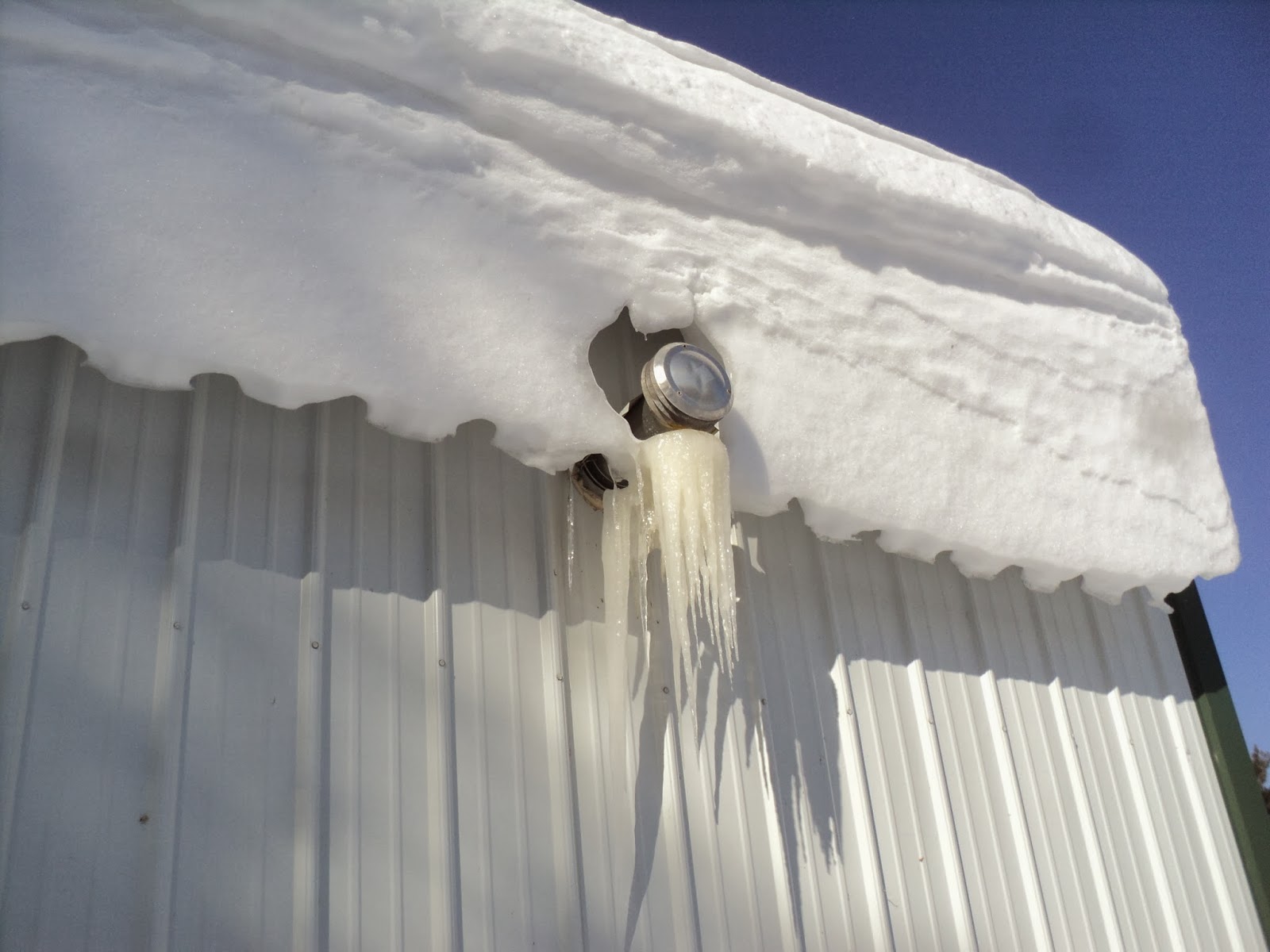 Just a brief course condition update.  I wanted to do this before the possible rain/snow event predicted on the 17th arrives.

I trucked my way through 2.5 feet of snow and as experience has taught me, there is NO ice on the surface of our nursery green today.  If I had my snowshoes I would have reported on the condition of a few of the greens most severely impacted by winter kill over the past decade.

I know you are as tired of winter as I. This brutal winter will go down as one of the coldest on record, and as of today, the fourth coldest on record.  The coldest winter recorded was the winter of 76/77 when it seemed night time lows always topped a minus 25 degree's! So what do we have to complain about with our lows dipping to a balmy minus 14 degrees?  I remember that winter well as that was the year I had removed my alternator from my car, a 65 Dodge Polara (I was going to replace it the next morning after the auto parts store opened) and found my car missing.  The State Patrol later called me to tell me they had found it abandoned on the Interstate 94 in Waukesha.  Without an alternator, the battery ran dead and the thief had to walk or hitch their way to Milwaukee!  Without a fan belt the engine overheated and seized up.  It was twenty five below that night.  I hope the weather kicked whomever stole it in the ass just a little bit.

I'm not a glutton for punishment but this winter has been perfect and the type I would like to see every winter!  To date we haven't seen not one of those December or January thunderstorm events that drop over inch of precipitation over the course or the extended warming spells that melt and cause water to runoff, only to refreeze creating ice rinks everywhere. Knock on wood.

Yes there will be ice formation on top of our greens due to snow melt, but this ice will be short lived.  Soil temperatures at the two inch depth are holding steady under our snow cover at 30 degrees, the benefit of the snows insulating factor.  There isn't a lot of moisture in the snow as the majority of our snow events were of the "clipper" variety of dry powder.  So once it starts to melt it should melt quickly.  We are just at the halfway point in February.  The sun is feeling a little warmer and the days are a little longer and I'm thinking I need a new set of clubs!  _Mk