If you live in the northern tier of states you know it has been awfully cold the last couple of days.   In fact I " frost burned" the index finger of my left hand when I grabbed the security gate lock with my bare hand for less than a second on a recent sub zero morning.  (I typically use the heat from my hands to thaw the lock to unlock it.)  Big mistake. 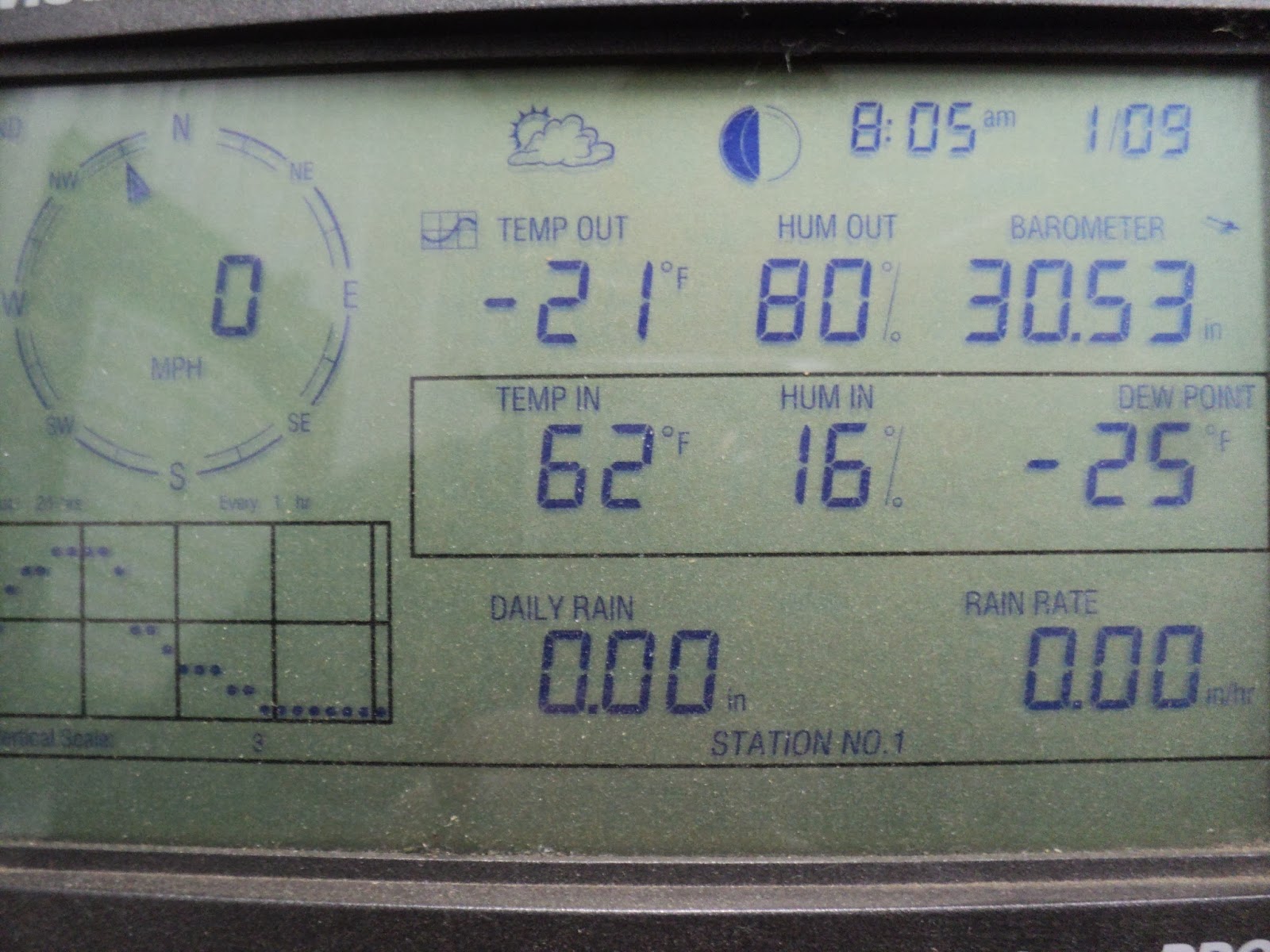 While the temperature pictured above shows a minus 21 degrees, the temperatures outside are no where close to the record lows. It would have to be a full ten degrees colder before any records are set.  The coldest temperature recorded by our weather station was a minus 23.8 degrees. Soil temperatures under an 8 inch snow blanket are 27 degrees.  This is five degrees colder than last year when soil temperatures held at freezing.   The nice part of being cold is we haven't had the December Thunderstorms that turn our putting greens into ice skating rinks.  I've got my fingers crossed that we won't have any either.  It would be nice to start the year out without winter kill for a change. 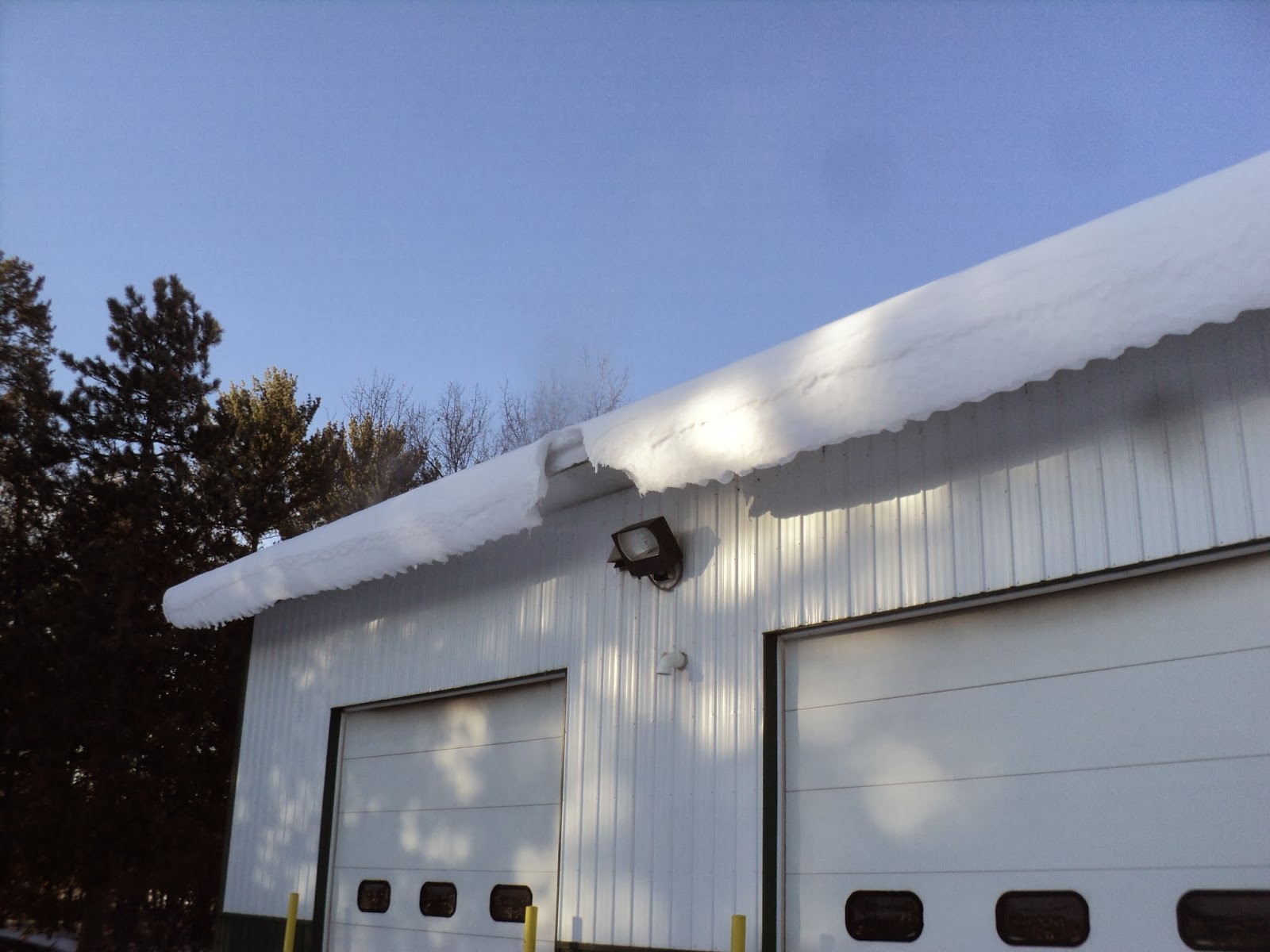 Schools have been closed due to incredible wind chills close to minus 50 degrees.  Bitterly cold winds blasting down a vent stack in my house was cold enough to freeze up the hot water pipe to my upstairs bathroom sink.  Instead of watching the Florida State vs. Auburn football game, I was busy tearing the ceiling from my garage to get some warmth to those pipes.  Thankfully I was able to thaw the pipe before it could burst.  I did have a mess to cleanup as the running water did fill the sink past capacity.  A sixth sense told me to check to see if I was making any progress.  I caught the water just before reaching the hallway carpet. The photo above shows 16 inch overhang of snow cascading off the roof. 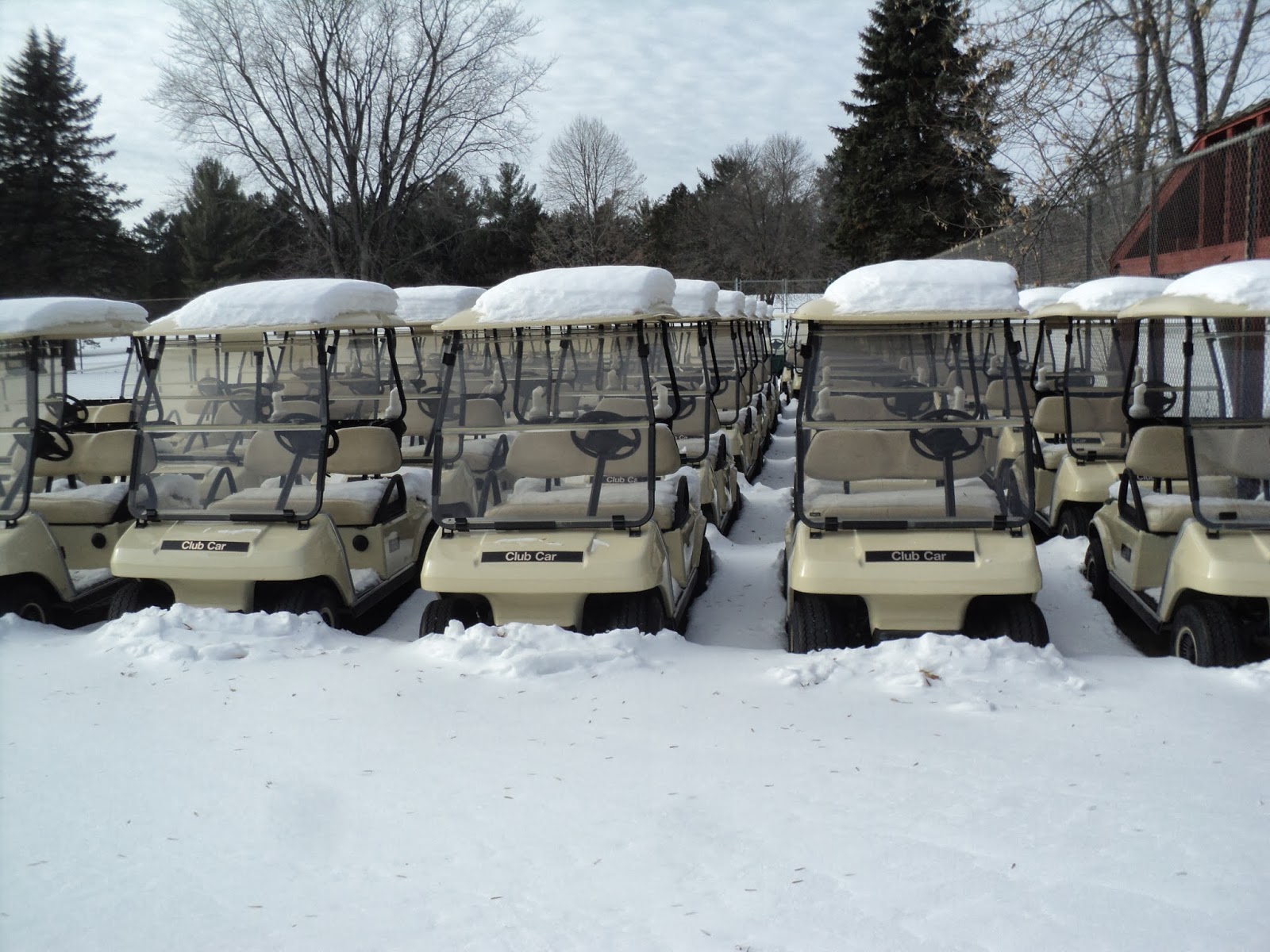 I was going to caption this photo "cold storage" but for some reason this photo reminded me of all the unfortunate "homeless" seeking shelter and relief from the bitter cold.  Stay warm.  _Mk