Your Reststop is Open for business. 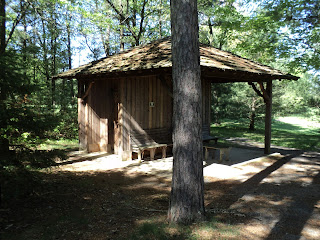 The restroom between 5 & 8 is now open for business.  We planned on opening it as soon as we could turn the water back on, but that was the problem, no water.  The water pump was running, but that was the problem, it wouldn't shut off!  We had a leak in the water main line that was found beneath the asphalt in the Greens Section parking lot.  Diggers Hotline was called and all under ground utilities had to be marked before we could make repairs. 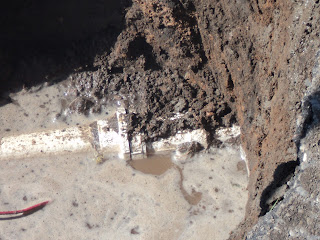 Go figure, it was a repair coupling that failed when the new gas line was installed to service the warehouse. 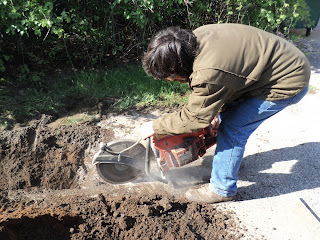 It was an easy fix one the pipe was located.  The asphalt served as a cap lid and the water emerged from a crack a good ten feet from the point of the leak.  The asphalt had to be cut before excavation. 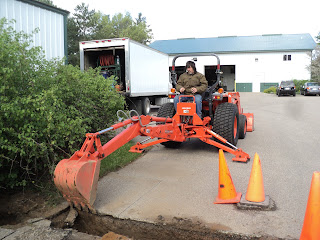 The leak was found basically under the operators seat.  With that said, you are now good to go! _Mk
Posted by Mark Kienert, CGCS at 3:13 PM