Parking Lot improvements! My thanks!

I would like to publicly thank Mr. and Mrs.Bach, Doc Fenander and members of our grounds staff for their time and efforts spent to make a silk purse from a sows ear!  For starters, Doc removed the lower mostly dead limbs from the spruce trees that bordered the sidewalk in the area of the baby parking lot as we call it. 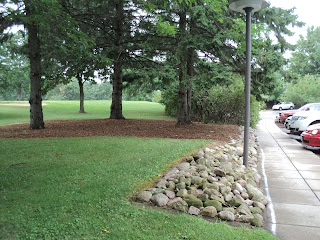 Jerry and Julie, tired of seeing the deer harvest the Hosta's for food destroying this bed annually suggested removing the old rock flower bed replacing it with lawn space.  I couldn't have agreed faster.  Jerry removed the sand stone that surrounded the old hosta bed and restacked them at the back along the Lilacs to form a wall. 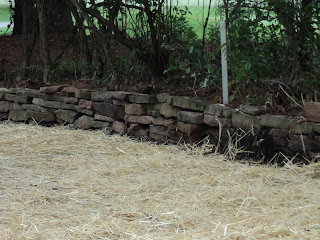 Question;  Does any one remember the original location where these Hosta's were first planted?  Pete Mason and Ron Klein placed top soil, seeded and straw mulched the area before the first rain in weeks arrived.  Ken Rahn applied Round up and other members of your grounds crew added wood chips to the area. 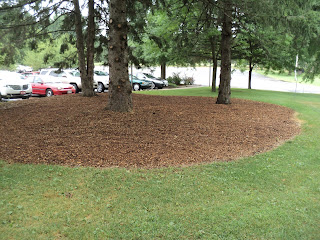 The transformation greatly dressed up the area don't you think?  This was a non budgeted item and cost the club very little as most materials were on site.  Answer; The Hosta's were planted in a border along the railroad tie wall along #14 men's tee.  They were moved after the deer destroyed them in that location.  Other area's are on my short list for a make over.  Time, money, talents put to good use.  My thanks.  _Mk