With the passing of September we noted what I feel an earlier leaf fall than normal. The moderately strong northwest winds yesterday, things began to let loose in full force. 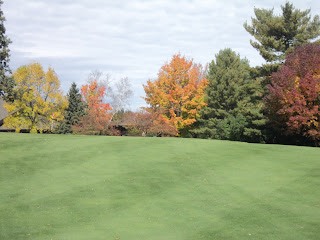 Generally we anticipate our foliage to peak color around the first of October and leaf fall in full force around the 10th of the month. Was it the earlier than normal start to the year that advanced the growth cycle or was it the near record levels of rainfall we received since the 2nd of June? 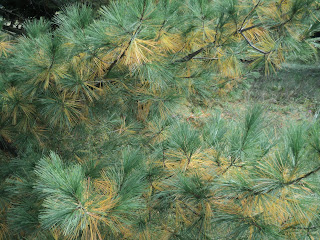 The pine trees are much more yellow than in years past, heavy with second and third year Needles ready to fall. 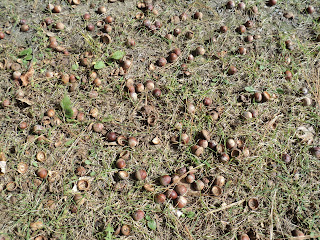 I’ve also noted the heaviest Oak acorn nut litter that I can ever remember on the course. Tee boxes cart paths just covered. At times you have to watch your step because they seam like marbles under foot. 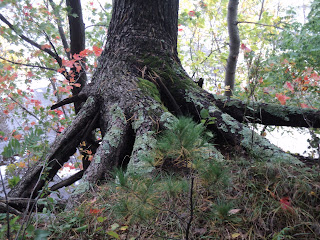 Editorial; “Trees are weeds!” There will be portions of the course that will not see sunlight until next spring. Soils in the shade will stay excessively moist promoting diseases like snow mold to take hold. 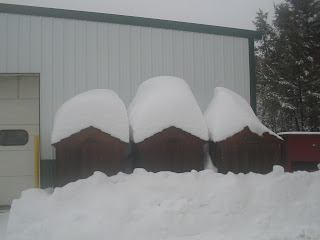 Is this a signal of an early winter? The Farmers Almanac predicts a warm wet winter. As I remember they were way wrong last winter. Time will tell.  (Is that a mean reminder or what? ;o)