Oh how the mighty have fallen!

The closing of the golf course for the season has allowed the greens section staff to redirect its maintenance focus on your course.  Yes there is plenty of clean up in the aftermath of heavy snowfall of November 9th married with the late leaf fall of the Oaks and Silver Maples the course is an absolute mess. 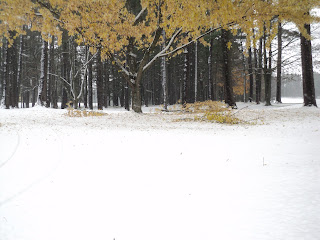 Taking advantage of cool dry days we attacked some of the shade issues around several green sites the most noticeable being around our sixteenth green.  There we removed over 25 large long standing timbers of Pine and Oak that cast heavy shade on this green for over five decades.  Tree removal there will allow greater light penetration and improve air circulation. 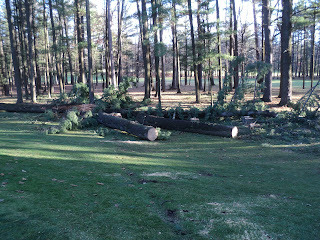 Other green sites, the canopies was selectively thinned to remove trees that cast cold shadows over putting greens making for weak putting surfaces.  Zones of shade that typically could be blamed for ice damage to putting surfaces because the shade prevented uniform snow melt and drying of those areas. These areas will be further evaluated over time to see if additional thinning of the stand is needed.  As it was so aptly stated, "you can't put em back up once they're on the ground." 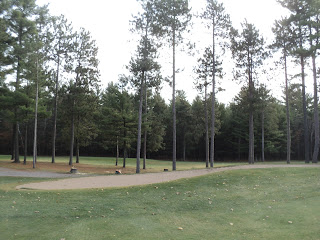 A second goal was to avoid changing the overall look and feel of the golf hole.  Here the heavy shadows cast by White Pines were removed leaving Red Pines behind to maintain appearances. 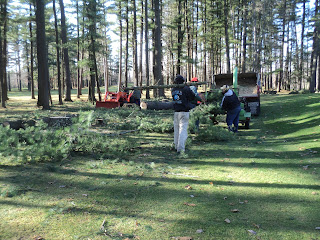 After a week of this, there are plenty of sore muscles and two broken chainsaws to show for our work.  _Mk
Posted by Mark Kienert, CGCS at 7:47 AM