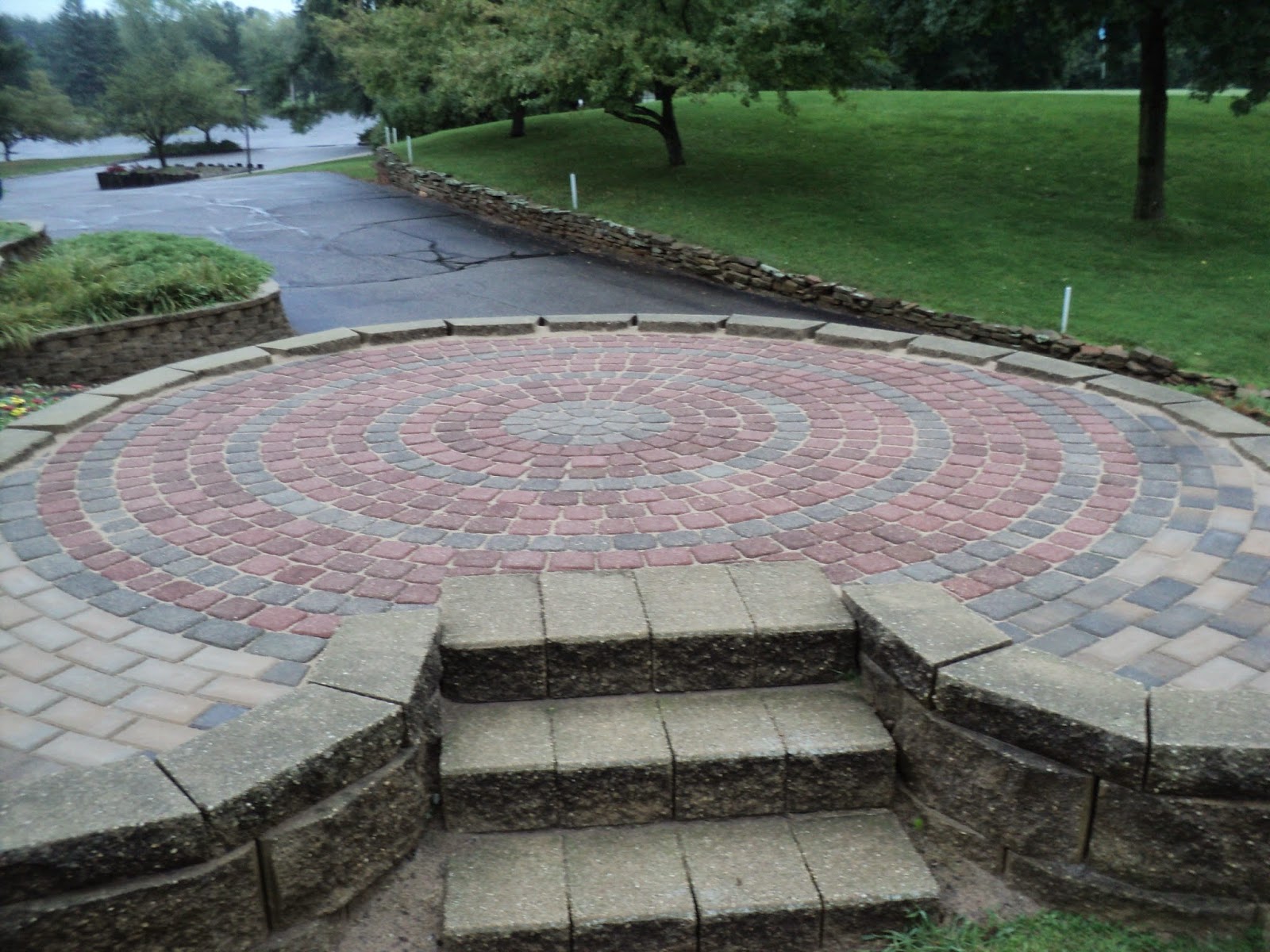 The "Crows Nest" adjacent to the first tee has been rebuilt.  The patio surface and retaining wall had settled overtime due to the continued decay of the original pressure treated retaining wall buried beneath it. The "BECC" lettering, an adornment that few noticed, had cracked to the point it could no longer be used and was eliminated from this design.  It amazes me how the removal of a mere four letters required the purchase of many more blocks than four to fill in the lobes.  The twenty plus year old blocks used in the original design build were obsolete and could not be found to fill in the concentric rings of the design.  This is the third time we've rebuilt this feature and each time we've added a new twist to eliminate settling.  Time will tell.  I think it looks great!  Thanks men! 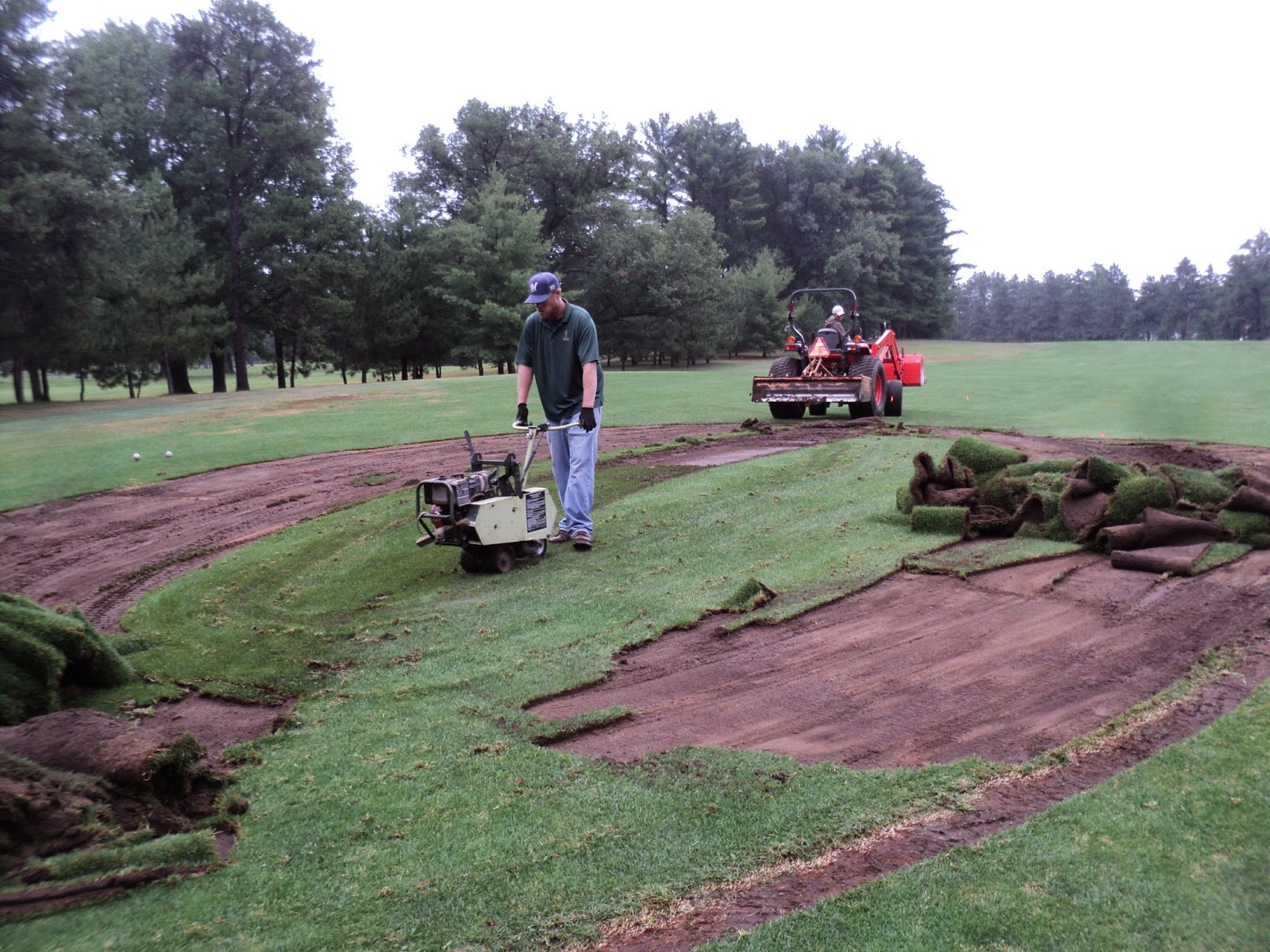 The shortest regulation length golf course in Wisconsin is about to get a little shorter. (Editors Note: I was once told of this fact from Gene Haas, retired Executive Director of the Wisconsin State Golf Association. I do not know if it is still valid.) Construction of the first of five forward tee boxes at Tri-City has started.  The work will be done in house using materials already stock piled.  Soils on site will be recycled to create the mounding.  Recycled and composted aerification cores will serve as top mix.  Tee boxes were located between sprinklers so no additional irrigation heads, piping or wire needs to be installed.  While not architecturally correct, tee boxes are being built directly in front of the original tee boxes to save on irrigation costs.  The only costs for construction will be for the seed and starter fertilizer and labor.  While not a planned part of PGA's "Tee it Forward" initiative, should the shorter tee's keep a graying population of players playing, it will be worth the work at any cost. _Mk.