As I was mowing the eighth green this morning I noticed not one but two flocks of geese flying north! It's the fourteenth of June for Pete's sake! 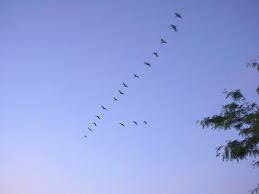 Speaking of better late than never, tomorrow June 15th, 2011 will be the latest arrival of a crew member bringing my crew size to full capacity! Then one day later I loose one for sixteen days as he works for Dick Clark Productions staging paint ball tournaments around the country. We continue to limp by.

Speaking of timing, we applied Japanese Beetle controls to all fairways, roughs, tees and green banks Monday and Tuesday of this week. This is the second most expensive pesticide application we make each season. Second only to our snow mold application.  The timing of this application is made now, not to control this years adults, but to control the grubs that will come as a result of the egg laid by this years hatch.  Control of next seasons grubs is necessary to mitigate turf damage caused by skunks, opossums, raccoons digging for a tasty meal. 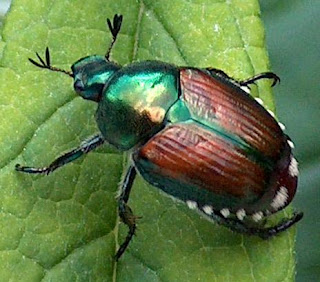