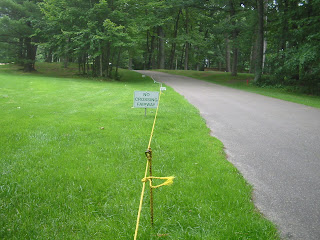 What’s with all the rope? Since the second of June our golf course has seen six rain events averaging .56” of rain totaling 3.33” of rain for the month. The fairways are saturated and to the point that narrow cart tires will break through the turf if we hadn’t taken these unusual and drastic steps. The ropes are set up to prevent this. 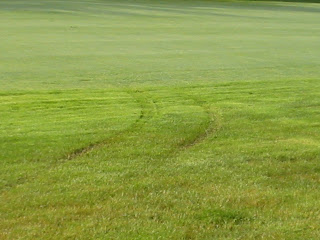 Too many times I have taken note of signs posting notice of “No Carts on Fairways” being disregarded. 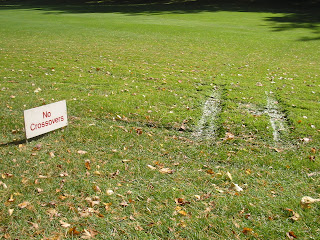 When reviewing data of precipitation amounts for the month I noted that we received 4.87” for the month of June in 2009. In June of 2008 rainfall totaled 5.22” and I found it interesting that in 2007, the year of the hailstorm, we totaled just 3.73” of rain. I know from experience that one 3.5” downpour does less rewetting of the soil due to the heavy runoff than the six all day soakers we’ve seen so far this month and we still have 14 days to go.

So for some information you can use, fairways will remain roped off until they are dry enough to support cart traffic. Sorry for the inconvience, but we sure did need the rain.